Prespes Prespes is a region shared between two lakes, the small and the large one, and three countries, Greece, Albania and FYROM. An ottoman sultan loved these lakes so much that he gave his daughter their name. At that time, the lake was unified. I was fascinated by the idea that water, which is by nature indivisible, was separated by borders and nations. So I decided to travel around the lake for a month, using photography to try and capture this invisible line. I walked for hours in search of signs and traces that could be visual proof of the border. In reality though I found no physical line separating the countries but just small hidden details that could suggest this imaginary line. I photographed the landscapes and the people with one obsessive idea in mind : how to represent the invisible.

Children's drawing, map of Balkans by Noé Guiraud
This series is part of the collective project Autour du Tracé with Dekadrage. 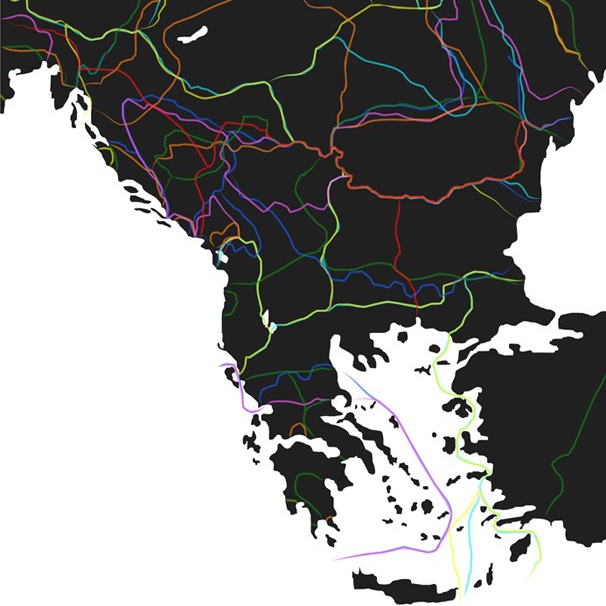