In the Moroccan desert, a man extracts stones from a mountain and breaks them. His perpetual labour becomes an act of meditation, a demonstration of human dignity in its most austere form. Poetic and yet purely documentary, this desolate scene points out humanity’s place in the universe.

A man is imprisoned without knowing why. Where is he ? For how long ? Using images from abandoned detention centres for migrants in Greece and a reconstruction of a story , Blue Sky from Pain submerges us in a suffocating atmosphere, erased, in ruins…

A documentary portrait of Takeshi Nishimura, an expert of the dying art of the katagami : The Japanese craft of making paper stencils for Kimonos.

The stories collected by Abdessamad El Montassir in the Sahara of southwestern Morocco are micro-histories that the artist renders visible. Achayef reveals views obscured by official accounts of History.

FRGMENTS is both an audiovisuel live performance and an autonomous installation showing the permanent disruption of a continuous sound & visual flow. 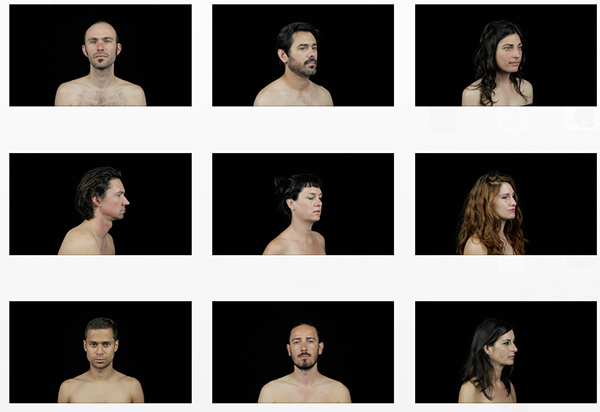